What is the idea of Twitter? Why should anyone use it ?

Unlike other Social media platforms, Twitter it’s a lot more about text, and short bursts of creativity.

Of course, you can do that on Facebook too… But Facebook has a really complex algorithm that only shows your updates to other people sorted by relevance and how close you both are,

Twitter has a chronological timeline where you can watch everything posted by the people you follow, no matter how far away they are, if they are not close friends. Instagram used to work this way too.

Facebook is not so good to get news for the same reason, it hides news and shows them according to their popularity in your inner social circle.

In Twitter you can choose what you want to follow, and it’s better for deciding what to read by only reading 240 headlines and following the information sources you want.

Also I think Twitter is better for meeting interesting people. On Instagram they can fake a picture so everyone thinks they’re hot but they can’t fake their way of thinking or hide their ignorance (in Twitter).

Wow, there are several reasons why I choose Twitter over other social networks.

So well that’s my opinion on Twitter. If you have more twitter-related questions hit me up on @ericson_ds or leave a comment below!

We're not around right now. But you can send us an email and we'll get back to you, asap. 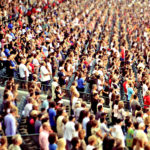 Crowdsourcing content: how to make your followers work for you 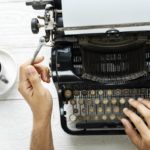 Copywriting Essentials – What Do You Need To Know?